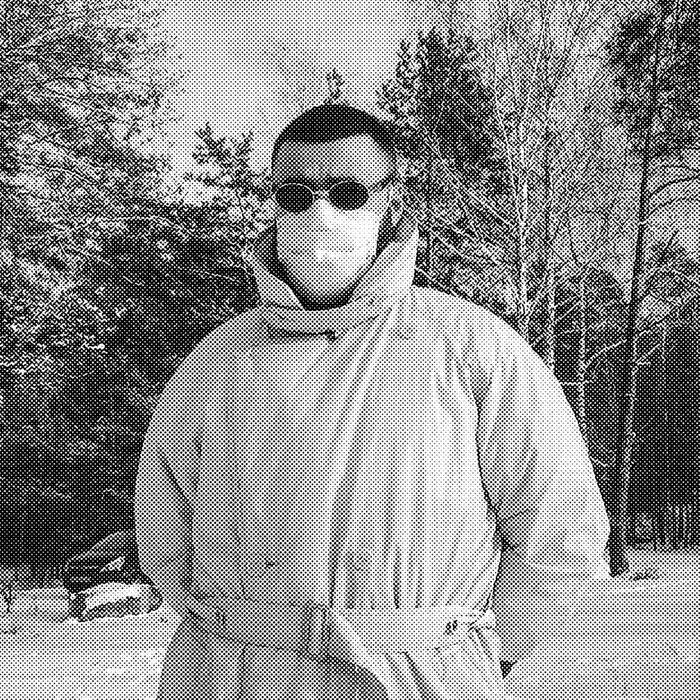 Voin Oruwu is a project of Kiev-based producer Dmitriy Avksentiev, also known as Koloah. It originated out of Avksentiev's love for cinematography and exploration mystical worlds. Inspired by his own post-apocalyptic story, the producer decided he needed a soundtrack and visuals — so, Voin Oruwu was born, fusing together technology, science, art. He is visual thinker and takes music from cinematic perspective. Images that are born in his head are transformed into music. He mixes heavy rhythm and futuristic sound into a single live act.

Dmitriy has a eventful years of performances. He is regular guest across clubs and parties in Kiev, including Схема, the experimental festival Next Sound, Strichka and Brave Factory Festival from art-center Closer, and he recently travelled to perform at Boiler Room in Moscow and CXEMA in Tresor (Berlin).

Tracklist:
A1 Contact
A2 Forest Theme
A3 Manhunt
B1 Crisis In The Jungle
B2 Oruwu Island
B3 Let In The Spirit (feat. Zolaa)
C1 A Part Of Myself
C2 Combine Combat
C3 Different
D1 Karate
D2 Big Space Tragedy